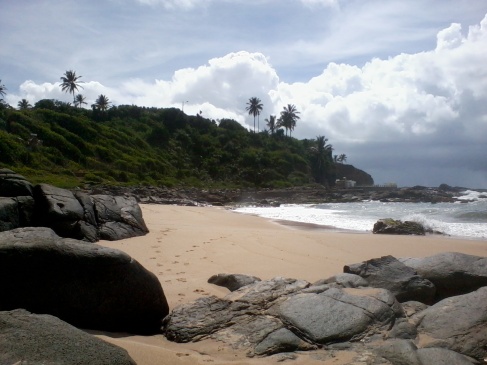 Buracão beach, in Salvador, Brazil (pictured above) is the setting for my short story ‘The Pecking Order’, which appears in the Autumn 2013 edition of Wasafiri, Britain’s premier magazine for international contemporary writing.

A stranger setting eyes on Pedro Bomba, hurrying down the street with that faded rucksack full of crack and that shifty gaze of his, would never suspect that the man they’re looking at once effortlessly imposed his will on others; that a mere click of his fingers got him everything he wanted.

Those who know him see a man who’s lost his kingdom; a soldier in a war he’ll never win, a hell he’d shielded others from.

‘The Pecking Order’ is a story about the internal politics of a beach bum brotherhood. It leaves me unsettled every time I read it back.

Wasafiri is available from all good UK bookshops.

An Irish language version of the story appeared in my 2012 short story collection Gonta; I’m hoping to publish a version in Dutch next year.